What lessons can be learned from the Ukrainian conflict? 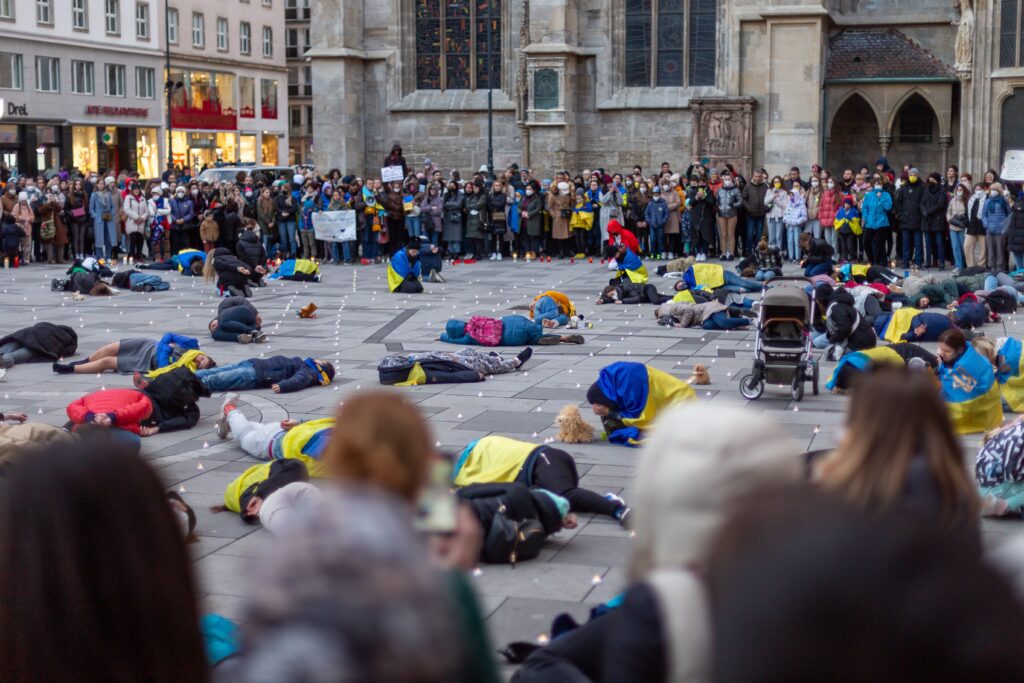 Better to learn now than to doom ourselves to repeat history.

To philosophers G.W.F. Hegel and George Santayana we owe the conjoined recognitions that we learn from history only that we learn nothing from history; and that where we thus fail to learn from history, we are condemned to repeat it. These are truths become axiomatic truisms. For those among us who are practitioners of statecraft, ignoring history almost assuredly consigns us to relive the past. The foremost historical event now before us is the execrable Russian war on Ukraine: an aftertaste of the Cold War past, a foretaste of what might yet lie ahead in a Cold War revivified. Are there lessons of this ongoing conflict that, accurately interpreted, could enable us to progress from the is-ness of the present to the ought-ness of the future? Yes.

Lesson 1: Old-War militaries are inherently ill-suited for the conditions and challenges of the 21st century. The pervasive failures of the Russian military in Ukraine (and elsewhere) owe to the failed thinking that succors modern military establishments everywhere: that the supernal essence of the military is to prepare for and wage war; that waging war calls for nothing less than overwhelming force and indiscriminate terror; that wars waged against the inevitable asymmetric threats of the postmodern present are winnable and can be prosecuted by traditional, disproportionate, indiscriminate means; and that militaries single-mindedly prepared to wage war, destroy, and intimidate can change course and produce peace, build, and reassure.

Lesson 2: Military deference to civilian authority is an outmoded, dysfunctional concept under despotic civilian rule. Uncritically accepting the argument that a military—even in the hands of a self-serving tyrant—is an instrument of the state that necessarily must, as a matter of principle, give unquestioningly dutiful obedience to civilian authority is to betray a shallow conception of civilian control and to deny that sane minds would relish a Russian military standing in opposition to Vladimir Putin (or, for that matter, any military—even our own—faced with obeying or disobeying a like-minded autocrat).

Lesson 3: Established laws of armed conflict have effect only in the hands of rulers and militaries that honor their primacy in practice. Such laws are designed to ensure that organized violence in the affairs of state is not divorced from humanitarian considerations. But to expect the rule of law to be a viable alternative to the undesirability of force and the unreliability of morality in resolving international disputes conclusively and humanely requires resolute denunciation and prosecution of all violators—heads of state, however powerful, and their military minions—by those who have themselves demonstrated unconditional commitment and unqualified adherence to the universal rules governing the perpetration of organized violence against others.

Lesson 4: The International Criminal Court—along with the associated concept of universal jurisdiction—is a toothless instrument of power and accountability. The United States and Russia have refused to ratify the Rome Statute. To hold accountable those, in this case Putin and his military consuls, who are demonstrably guilty of the most heinous international crimes—war crimes, crimes against humanity, genocide, and aggression—requires those, the United States above all, to have established their right to exact accountability by relinquishing narrow national prerogatives to the larger global imperatives of rule by law.

Lesson 5: Sanctions are now more dubious than ever, especially against an adversary possessed of vital resources. To depend on sanctions, even smart or targeted ones, as a preferred alternative to force, without recognizing how time-consuming, difficult-to-assess, subject to misinterpretation as a sign of cowardice rather than of courage, and unjustly injurious to innocent parties they may be, is to opt for symbolism over substance and thereby risk the inevitable leakage that attends globalization, interdependence, and diversified sourcing.

Lesson 6: Selectively releasing intelligence to the public can shape public perceptions and preemptively undermine enemy actions. Counter to the deeply ingrained, bureaucratically self-serving penchant of intelligence professionals to hoard secrets, the selective release of clandestinely obtained information to expose weaknesses or intentions of an adversary—e.g., plans for false-flag operations or the pending employment of chemical weapons against civilians or exposing dissension in an adversary’s decision-making apparatus—can actually have salutary preventive and dissuasive effects.

Lesson 7: The possession of nuclear weapons in the hands of irresponsible leaders confers broad license for rogue behavior. Little wonder, then, that even limited denuclearization remains a pipedream for humanity.

Lesson 8: Perception management is a central defining element of strategy in a postmodern era of contested facts and truth. To recognize the strategic importance of perceptions is to acknowledge the value of messaging, branding, and symbolism in justifying and legitimizing one’s motives and actions, while discrediting and undermining one’s adversaries: calling an invasion of another’s sovereign territory a “special military operation,” rather than war; claiming that such aggression is a harmless attempt to reclaim lost or stolen territory and people; insisting that such measures are acts of self-defense against “Nazified” neighbors with hostile intent.

Lesson 9: Collective action, guided and justified by collective interests, is a universal imperative. It is an end in itself, not just a convenient, expedient means, that trumps unilateral action for narrow national interests in this day and age. To act always in concert with others, rather than alone, is to multiply one’s advantages, to compensate for one’s weaknesses and vulnerabilities, to demonstrate widespread acceptance of the rightness and righteousness of one’s position, and to exercise maximum leverage against a marginalized, outnumbered adversary whose actions can only be characterized as rogue.

Lesson 10: The UN Security Council structure is a manifestly dysfunctional apparatus for maintaining international peace and security. Its permanent members are themselves perpetrators of aggression and other forms of irresponsible behavior. Persisting in preserving the existing structure of the UN Security Council, each of its permanent members empowered by veto to block action against even the vilest acts of criminality by any other permanent member, continues to be an insuperable obstacle to lasting international peace and security.

Lesson 11: American indispensability is a myth, American primacy a delusion. America’s repeated failures of leadership, our unreliability, and our fickleness have convinced others, rightly so, that they are fully capable of going it alone (collectively speaking), depending on circumstances; that U.S. involvement may be more provocative, escalatory hindrance than help; and that our indispensability may lie more in financial and materiel than in physical terms. No longer can we or should we expect to be accorded the deference owed to a global sovereign anointed by Nature.

Lesson 12: Politics doesn’t stop at the water’s edge. The early-Cold War Vandenberg Doctrine, a rhetorical trial balloon issued as a challenge to the American polity, was meant to convey the idea that the willing, bipartisan consensus that characterized the Hot War period of World War II should be an expectable norm during the more ambiguous era of Cold War. To assume that such national unity exists or could possibly exist now in the hothouse conditions of political and ideological polarization that typifies the current hyper-ambiguous era of New War is to assume the impossible—the Russia-Ukraine war being only the latest example. The high politics of statecraft and the low politics of domestic partisan advantage-seeking are but two sides of the same coin.

practiced by true believers, is not always to see. Let us hope against hope that the practitioners of statecraft who govern our lives and chart our future have the perceptive powers to see beyond their beliefs and the wisdom to accurately interpret the history unfolding before us in Ukraine in a manner that might actually guide us to a heretofore unrealized future of universal peace and permanent security.