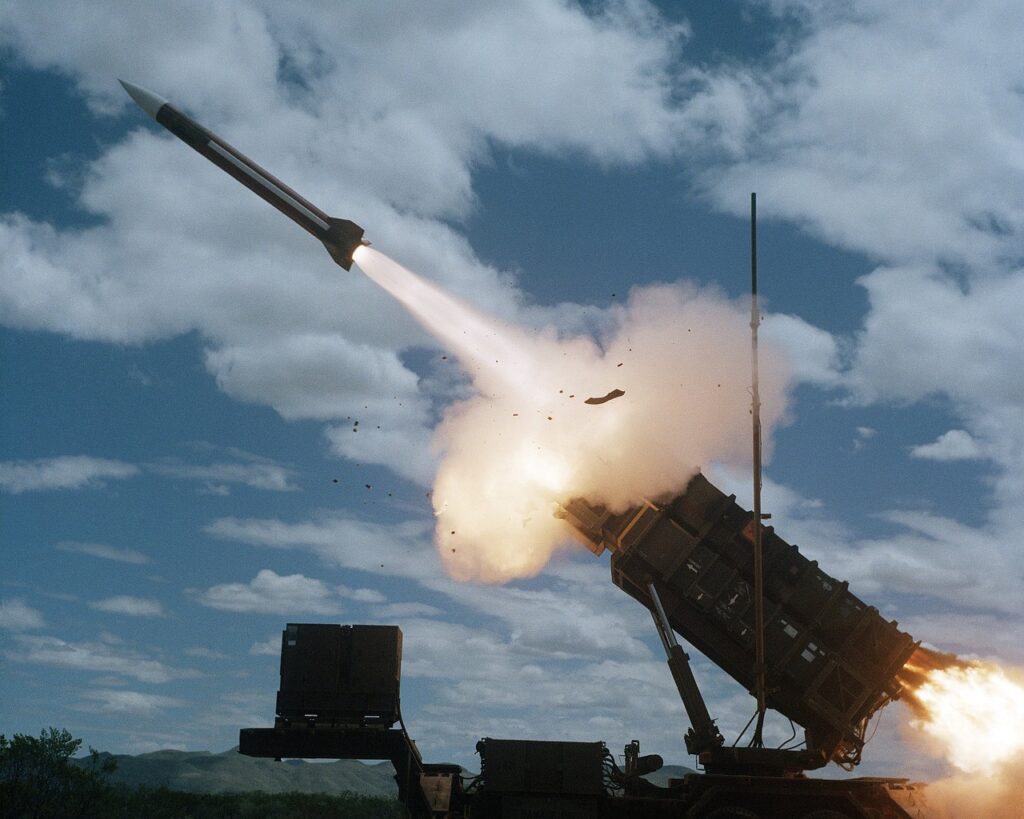 The Kiel Institute has tracked $84.2B from 40 countries in financial, humanitarian, and military aid to Ukraine from 24 January to 3 August 2022.Since the beginning of the Biden administration, the US has contributed $17.5 billion in military aid to Ukraine, making it the most significant donor. Of that aid, $16.8 billion has been given since February 2022.

The UK has committed £2.3 billion in military assistance to Ukraine thus far. It has made a pledge to match that assistance in 2023. The UK is also hosting a training programme, supported by several allies, intending to train 10,000 new and existing Ukrainian personnel within 120 days.

NATO has been very clear about its political support for Ukraine. It fully endorses the giving of individual allies’ bilateral military aid.

The distribution of humanitarian supplies and non-lethal assistance is supported by NATO, which also assists in coordinating the Ukrainian government’s requests for help. However, because Ukraine is not a member of NATO, it is not a party to Article V of the North Atlantic Treaty, which contains NATO’s mutual defence clause. As a result, there will be no NATO forces stationed in Ukraine.

Additionally, the European Union is supplying deadly weapons via its European Peace Facility (EPF). This is the first time in the bloc’s history that the transfer of lethal weapons to a third country has been authorised. The EU has already pledged €2.5 billion.

I fought the NLAW, and the NLAW won
One word that the Russian army and the rest of the world had grown accustomed to hearing a week after Russia invaded Ukraine was NLAW. On 24 February 2022, various Western nations vowed to provide Ukraine with weapons in response to Russia’s “special military operation” there.

A British contribution generally referred to as the NLAW, denoting its position as a “Next Generation Light Anti-Tank Weapon,” was among the least expensive but most efficient. The NLAW, which measures 3 feet, 4 inches in length, weighs 28 pounds altogether, combines firepower and fire-and-forget electronics in a small, disposable container (compared to the 49-pound weight of the FGM-148 Javelin when it entered service with the Americans in 1996).

NLAW also employs a soft-launch-guided system with predictable line-of-sight guidance. After being fired, the round travels at a relatively slow speed of 40 metres (130 feet) per second with little backblast before the main propellant ignites to accelerate the round to a speed of 200 metres (600 feet) per second and a maximum range of 1,000 metres. The effective range is 800 metres (2,625 feet) (3,300 feet).

Top-down attacks
After keeping sights on the target for the first two or three seconds after firing, the user, equipped with a 2.5-power telescopic sight with night vision, can abandon his or her last firing position while the weapon is guided to the target based on those previous coordinates.

The NLAW can penetrate up to 20 inches of armour and is lighter and more portable than the Javelin. Still, its 4-pound shaped charge warhead lacks the tandem fuse system of the Javelin and can be deflected by active armour. However, the NLAW operator can employ a proximity fuse to launch an overfly top attack on a tank’s less heavily armoured upper surface or a direct contact explosive round to attack unarmoured targets or stationary enemy positions.

‘Cope cages’
Most likely, you’ve seen images of Russian tanks with what were known as ‘cope cages’. At the beginning of the invasion, these metal cages were being welded onto Russian tanks to provide protection from anti-tank missiles. In some cases, they may have been successful.

Nevertheless, modern anti-tank weapons such as NLAW and Javelin, among other systems, took a terrible toll on Russian tanks, and the Russian Ministry of Defence rapidly sought out a new remedy. The cages were simply a waste of time.

Why, then, do these systems defeat Russian armour so well? The reality is that contemporary anti-tank missiles of the calibre delivered to Ukraine are, quite simply, horrifyingly efficient. 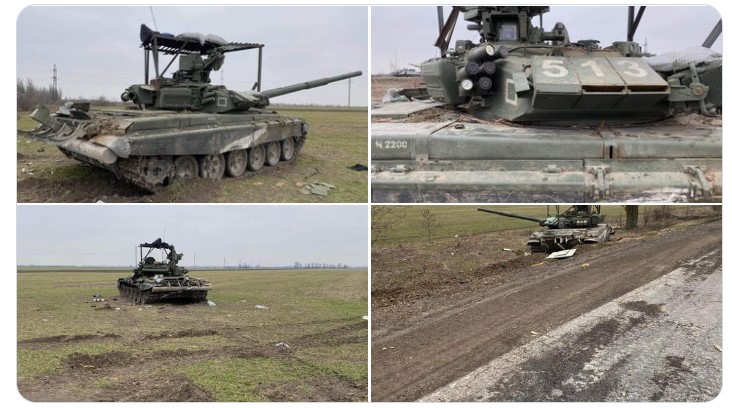 Poor doctrine, poor results
Because even tanks from the West would struggle to defend themselves against them, the US is gradually integrating the trophy defence system into its own tank designs. Unlike reactive armour panels, this anti-tank missile system effectively disrupts incoming missiles by firing explosive charges.

However, Russia’s poor strategy and careless tank usage are the leading causes of this weapon’s potency. Moreover, the Russian military has repeatedly demonstrated that it cannot effectively operate infantry and armour together. As a result, Russian armour is frequently just left to fight for itself.

The Multiple-Launch Rocket System
In the Russian-led conflict in Ukraine, which top American commanders have dubbed a “battle of fires,” artillery strikes are essential. Because it possessed a much greater collection of artillery systems than the Ukrainian military, the Russian army had a clear edge at first. It implied they could destroy Ukrainian positions in the east without coming into contact with Ukrainian guns.

By providing their allies with artillery weapons that not only have a more extended range than the Russians but also shoot with more accuracy, the United Kingdom, the United States, and finally, Germany have attempted to change the balance of weaponry on the battlefield in favour of Ukraine.

This involves providing the Ukrainian military with multiple-launch rocket systems, or MLRS.

The Multiple-Launch Rocket System, also known as MLRS, is a mobile rocket artillery system that can launch numerous surface-to-surface missiles. The M270 rocket system is employed by the Royal Artillery of the British Army. The weapon is a highly mobile, automatic system that can fire 12 surface-to-surface precision-guided missiles in less than a minute. It is operated by a crew of three (a driver, gunner, and section chief). They can be fired singly, in pairs, or in groups of up to 12. With a 200lb high explosive warhead, the M31 Guided Multiple Launch Rocket System (GMLRS) munitions have a range of more than 50 miles, which is twice as far as other army artillery weapons.

Ukraine has received six MLRS from the UK, along with precision guided M31A1 missiles. Defence Secretary Ben Wallace stated that the system would “assist the country protect itself against Russian aggression” when the first of the three tranches was revealed in June 2022.

Sky News was the first to be granted permission to film a multiple-launch rocket system given to Ukraine by the UK in action during the war and to meet the soldiers operating it.

“Thanks to these weapons, we’ve carried out really high-priority missions,” said the commander of the artillery unit, who asked to remain anonymous for security reasons. This included hitting military bases, columns of armoured vehicles and ammunition stores.

The commander said, in his opinion, around 30% of the successes achieved by Ukraine in a major counter-offensive in the east were thanks to the British and German rocket launchers.

“This is one of the key factors, which influenced the Russian army not just to retreat, but to run,” the officer said, referring to the recapture in recent weeks of swathes of illegally occupied territory across the Kharkiv region and into the Donbas.

These are two examples of Western weapons most effective in the Ukraine War. They have caused Russia to reconsider how it deploys its forces because they are no longer safe behind the front lines.

Pushing Russia out
Ukraine has hit hundreds of Russian targets with just the two above examples. The velocity of the onslaught from Russian forces has slowed to a crawl as Russian forces must wait even longer for supplies as Russian command and control nodes and logistical hubs have been driven out of range.

Western weapons have turned the tide, Ukraine has demonstrated the ability to use modern Western weapons in combat to great effect, and this isn’t something Russia is prepared for.

Russia has warned of a response to fresh shipments of weapon systems from the West. However, it is my view that Russia’s mouth is writing cheques that its military cannot cash as their military cannot handle the dozen or so rocket artillery systems and 8,000 NLAW launchers already deployed to Ukraine, never mind the 1,000 rocket artillery systems and 24000 NLAW launchers ready to go in Western nations.

With thousands of products to fit any requirement, you are sure to find your solution in our webshop. If you cannot find exactly what you are looking contact our expert team and they will assist you further.