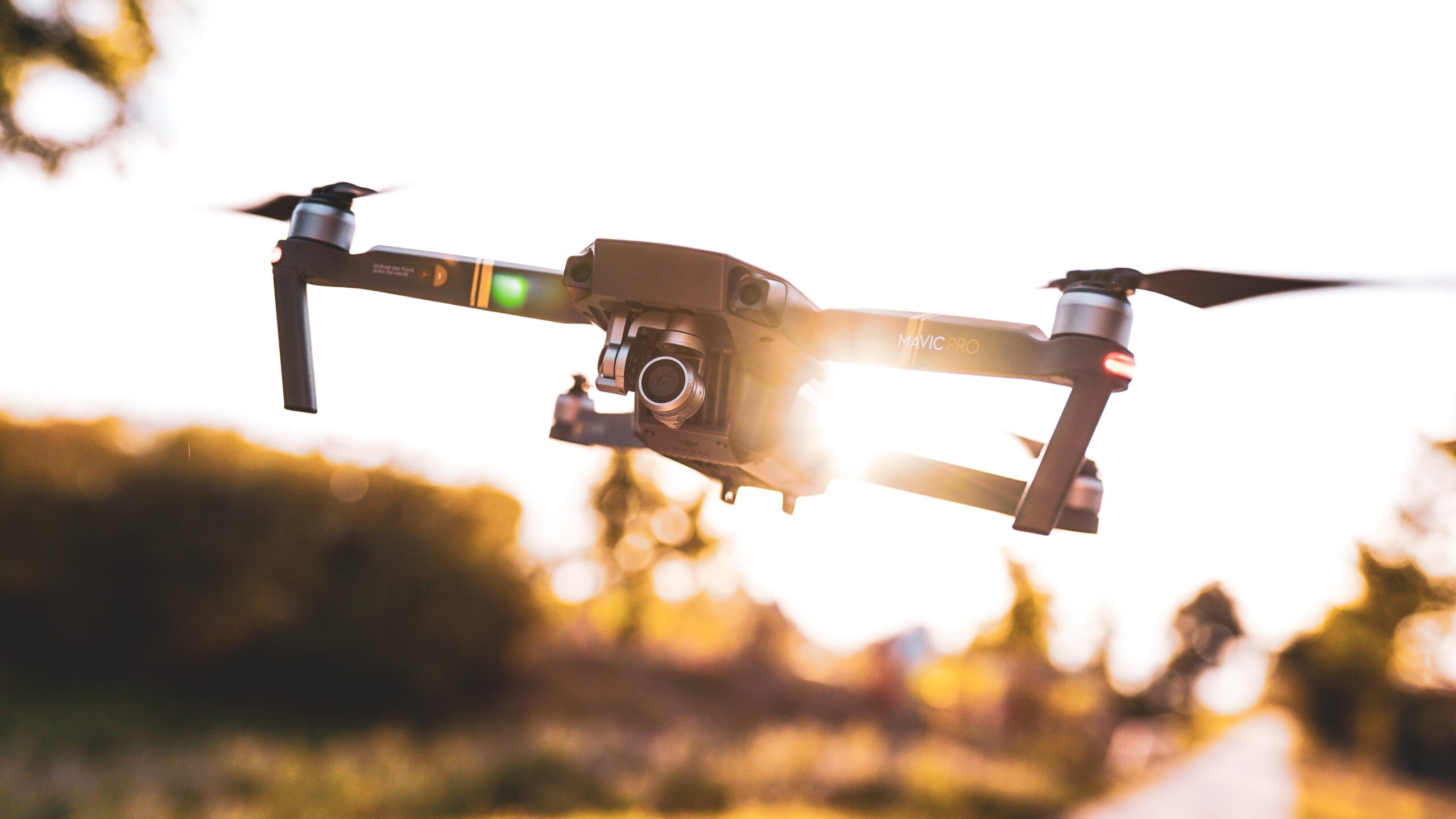 MSS Defence provides products such as binoculars for magnification, thermal imagers for detecting heat sources, night vision optics for detection in the dark, unmanned aircraft systems for over the horizon detection, riflescopes for identification of potential targets, microphones to detect sound and radars to detect movement.

What is Night Vision?

Newer in character are the image intensifiers used for nighttime detection. These devices receive the moonlight or starlight reflected from targets on a sensitive screen, amplify the image electronically, and present it at much higher light level on a small cathode-ray tube similar to that used in a television receiver. Typical of these devices is the starlight scope, resembling an oversized telescopic sight, with which riflemen can aim at night at 1,000–1,300 feet range. Artillery, tanks, helicopters, and aircraft use similar, larger devices having longer range. In aircraft the direct-viewing device is replaced by a cathode-ray tube in the instrument panel; this version is called low-light-level television.

Ordinary searchlights can often be used at night even in combat situations; but, to avoid drawing fire, invisible light, in the ultraviolet or near infrared range, can be used with appropriate viewing devices. Conventional photography, used in aerial reconnaissance and essential to long-term warning, must have high resolution despite temperature and vibration interference. To cover wide areas, panoramic cameras, scanning from side to side, record high-quality images. Frame cameras are also used, especially for mapping. At night, flares or flashing lights on aircraft are used.

Infrared sensors on the ground, or in aircraft or spacecraft, can detect such hot spots as motor-vehicle engines, hot jet engines, missile exhausts, even campfires. They have good location accuracy and high sensitivity to signals, without registering such false targets as sun reflections.

In the very near infrared region, infrared imaging detectors use specially sensitized photographic film to reveal forms hidden by camouflage. More important are the detectors used in the far infrared region; objects at room temperature radiate sufficient energy for detection at ranges of several miles. Infrared imagery can have longer range than image intensifiers and can operate without starlight. When the humidity is high, the effective range is reduced.

The sniperscope, an early device that used infrared illumination and an infrared viewer, has been largely replaced by the image intensifier and by laser illuminators.

Radar is used by ground forces for many purposes: in portable sizes, for infiltration detection; in intermediate sizes, for mortar and artillery shell tracking; and in large sizes, for early warning, search, and control of air-defense weapons (interceptors and surface-to-air missiles).

Radar is used in fighter aircraft for finding enemy aircraft and controlling air-to-air missiles, rockets, and guns. It is used in bombers to find surface targets, fixed or moving, and to navigate and avoid obstacles. It is used in large aircraft as an airborne warning and control system, searching the skies over great distances for enemy aircraft, tracking them, and controlling interceptors. It also is used to search the seas for surface vessels or surfaced submarines. Radar also can be used in spacecraft to locate patterns of activity.

In all applications of radar, clutter in the form of reflections from surface objects or the terrain, or the disturbed sea, competes with reflection from the targets and must be cancelled by appropriate circuitry. Side-looking radars are used to obtain higher resolution than conventional radar, improving the ability to recognize surface targets.

Conventional radar operates at microwave and ultrahigh frequencies that propagate in straight lines like light rays; consequently, they cannot ordinarily detect objects beyond the Earth’s horizon. Because high-frequency waves reflect from the ionosphere, over-the-horizon radars have been built to operate in this region.

Radio receivers can be used to detect and locate enemy radio. Enemy radars can be located in much the same way. Messages can be intercepted. This form of warning has been combated by radio silence and by spoofing, the transmission of signals intended to deceive. In 1967 the Israelis transmitted voluminous radio messages from empty airfields to hide the fact that aircraft had been moved to other locations.

Radio direction finders can be used to locate nuclear bursts, because the explosion generates a large amount of energy in the radio frequency region.

While electromagnetic waves do not propagate well under water, acoustic waves do and can be used to detect submerged submarines. These detection systems, called sonar, may intercept propeller or other noise generated by the submarine or may send out sounds and receive echoes from the submarine hull. Sonar devices can be operated aboard surface ships, aboard submarines, on floating sonobuoys, or suspended by cables from helicopters and dunked in the ocean.

Sonar systems are limited in range by attenuation (weakening) of the sound energy in water, bending caused by temperature differences in water layers, and extraneous noises, including reflections from the sea bottom.

Acoustic receivers are also used on land in sensors deployed near trails to detect the presence of personnel or vehicles along roads. The sounds are sent by radio to listening posts. Acoustic sensors are also used in monitoring nuclear explosions.

Seismic detectors—as well as underground acoustic detectors called geophones—are used in sensors for infiltration and vehicle detection. Both types must be used, since either alone can yield false signals caused by the movement of animals.

Underground nuclear explosions are detected by sensitive seismometers. To increase the sensitivity and reject natural earth tremors, seismometers are often used in large arrays extending for hundreds of miles.

For atmospheric or space explosions, radio-pulse receivers and light flash and acoustic detectors are used, as well as devices to measure fallout. Aircraft and rockets can be used to collect radioactive debris, while high-altitude satellites carry detectors for gamma rays and other emissions.

Certain trends can be seen in sensor development for future warning systems. Infrared detectors of higher sensitivity and resolution are being developed. Higher-powered and smaller lasers will aid night warning systems. These and other lines of research, centred on lighter weight and more efficient optics and on more efficient detectors, should result in much cheaper systems with resolution approaching visual sensors. Perhaps most important are improvements in the resolution and brightness of the display—the chief limitation of most night viewing systems.

Photography has already reached an advanced state of technology, yet improvements in resolution are being actively pursued. Lightweight optics, more sensitive and fine-grained film, film that can be developed quickly by heat, and better compensation for the motion of the aircraft are some of the areas where photography can be improved.

Developments in large ground radars centre around the phased array radar having electronically steered beams. The beams must be computer-controlled. Moving target discrimination and Doppler processing are built out of digital circuitry as used in digital computers. This permits sensitive discrimination and rapid response.

The advent of the transistor and solid-state microcircuits is making small radars for infantrymen and tank operators possible. The miniature components and high reliability of these devices makes extremely complex and sophisticated circuitry possible.

Airborne radar is in its early stages of development. Side-looking Doppler-processing radar has already yielded high resolution, but not quite as good as conventional photography. Developments in progress indicate that soon images comparable to photographic images will be obtained from airborne radar. Imperfections now common in radar imagery should be removed as a result of present research.

A great deal of effort in several countries has reduced the vulnerability of radars to electronic countermeasures; at the same time, however, similar improvements in electronic jamming and deception have taken place.

Nuclear propulsion enables submarines to remain submerged and escape detection by radar. This, plus its increased speed, makes the nuclear submarine a formidable threat. To combat this, sonar sensors for detection of submarines are now being formed into arrays. This increases the sensitivity and rejects extraneous noise, especially important in regions of turbulence.

The search for more sensitive systems of detection will go on. Measurement of the temperature change in the water in which a submarine lies and the magnetic anomaly observable when it is under the water are two directions in which study is being pursued. A range of such measurements may become possible. Testing of laser beams for underwater recognition capability has been proceeding for some time. The problem is extremely difficult, water being a medium quite different from air, and much work will be needed to overcome the obstacles.

The subject is closely linked with the study of undersea conditions generally; that is, oceanography. American efforts dwarf those of any other Western nation, though France, a pioneer in undersea exploration, is active. Underwater acoustic navigation enables ships to be used for missile or satellite tracking. Underwater communication over very long distances is essential for the control of nuclear submarines, to make the most of their almost unlimited radius of operation.