Military infrastructure refers to all building and permanent installations necessary for the support of military forces, whether they are stationed in bases, being deployed or engaged in operations, such as barracks, headquarters, airfields, communications facilities, stores of military equipment, port installations and maintenance stations. 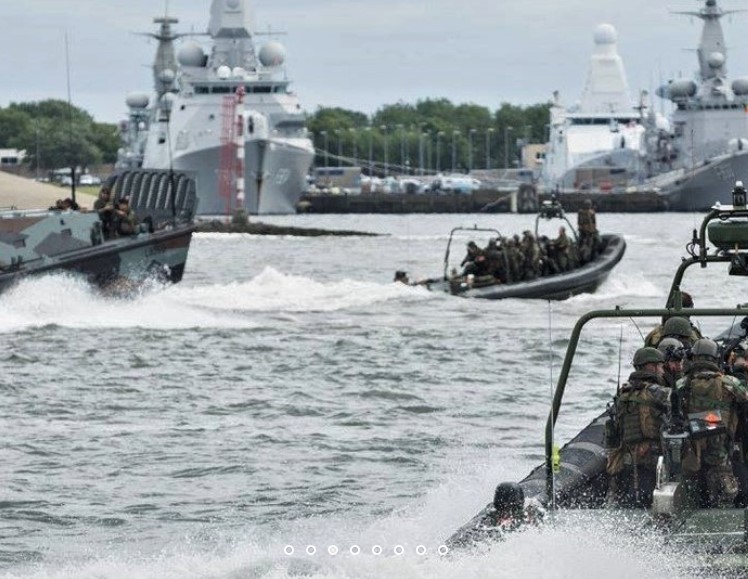 In this category of our catalogue you will find solutions for housing and accommodation, logistics, sanitary and basically all things that you need for your military compound.

While smart technologies are slowly being put to use on military bases, there are significant security, operational, and economic benefits yet to be realized. The smart military base is the key to tomorrow’s fighting force.

The role of military bases, and the way they project national power, appears to be changing. In the past, bases provided staging grounds for military actions, serving as safe havens against threats and helping defend critical territory.

Increasingly, however, bases are part of multi-domain battlespaces—both physical and cyber. New tasks generally essential to modern military operations—such as resupplying forces on the move with exactly what they need and repairing critical components before they fail—tend to require huge volumes of data be stored, analyzed, and viewed in a single place. By harnessing the advanced digital platforms now emerging in smart cities, the modern smart base can be that place. Smart bases, even those far from the front, should be effective and efficient to support emerging missions.

What is a smart military base?
In essence, a smart base is the integration of technological and process innovations that improve the performance, efficiency, and convenience of the managed assets and services on a military installation. In other words, whereas there are bases that have employed smart technologies and practices for energy, mobility, and construction initiatives, a smart base integrates all of these things (and more) to provide a comprehensive set of solutions for the challenges associated with operating installations.

Potential benefits of the smart base

Cost efficiencies
The US army, for example, has realized nearly $150 million in cost avoidance through its smart energy program alone. And in an uncertain budgetary environment, now may be the time to make a deliberate and sustained investment in creating a new generation of fiscally-responsible, smart bases to meet the myriad of global and domestic challenges currently facing the current infrastructure.

Accommodating a surge
Whether a base sees a small increase in visitors due to a ceremonial event or a population surge from an air show or visiting aircraft carrier, a smart military base can scale to the base’s needs.

There is no one-size-fits-all when it comes to smart technology use on bases. Large training bases like Fort Hood and smaller bases in urban centers like Joint Base Myer-Henderson Hall will not need the same set of solutions. Fortunately, the end state for any smart military base is entirely tailorable to the installation. And the very nature of smart technology permits flexibility, scale, and adaptiveness to a base’s primary mission, whether flight operations, education, or ship berthing and maintenance.