HIMARS’ Hidden Superpower and Other Acquisition Lessons from Ukraine 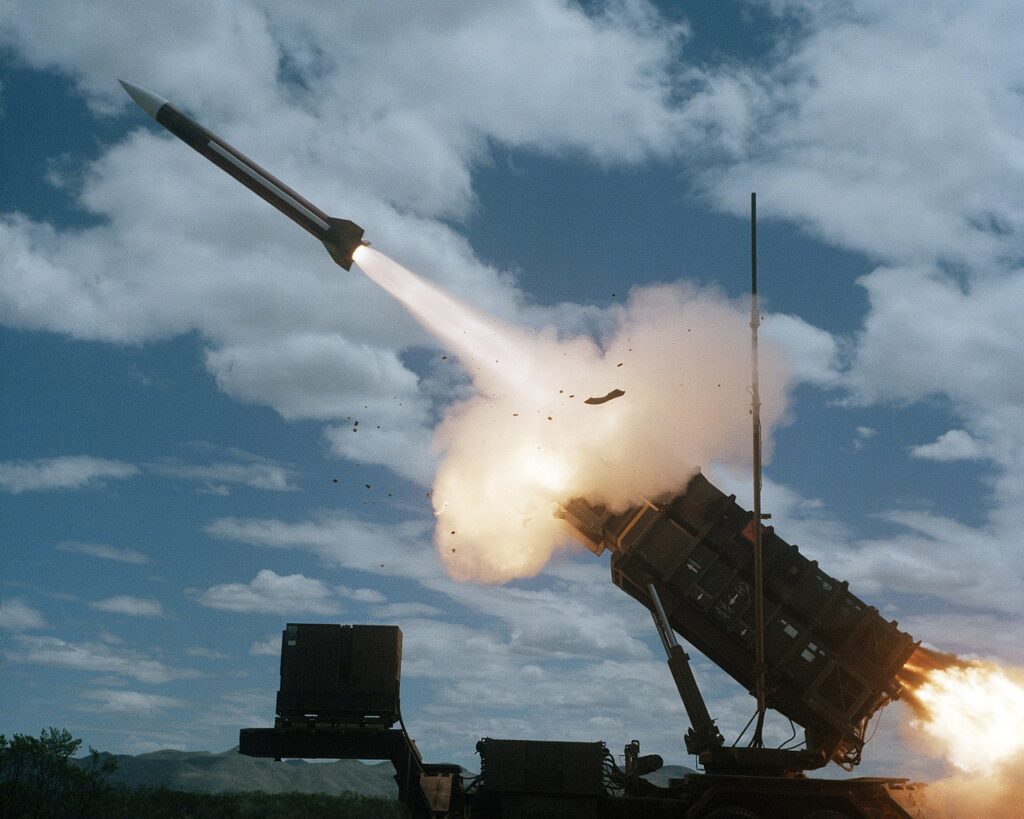 With no U.S. troops on the ground, acquisition professionals are the operators making the difference.

As the Russian invasion of Ukraine continues to unfold, the military acquisition community—no less than professionals in any other military specialty—are studying it to gain new insight. There are at least four observations they might make.

First, this happened fast, so acquisitions must get faster. The Russian army massed troops on its western borders several times in recent years, but the current buildup began in late October. Russian troops crossed the border a mere four months later, in February. This suggests the proverbial “speed of relevance” is much faster than the typical pace of acquisitions. Indeed, Politico recently pointed out that “the Pentagon’s acquisition system is still not pivoting quickly enough to get the latest commercial gear to the front lines” of Ukraine.

A Washington Post article quotes a Ukrainian soldier who bemoaned the slow delivery of the M142 High Mobility Artillery Rocket System, or HIMARS: “Had they been here much earlier, I think we would’ve already been done with the war.” That may be overstating it, but the point stands. With events unfolding quickly, the acquisition community needs to rise to the occasion and find ways to move faster.

This call for agility and speed is hardly new. In 1986, the Packard Commission observed: “An unreasonably long acquisition cycle…is a central problem from which most other acquisition problems stem.” They weren’t the first to make that observation, nor were they the last. Here in 2022, the need for speed is indisputable and the acquisition community must reject the ponderous processes of the past and build a faster future.

Second observation: without troops on the ground, the U.S. forces most directly involved in this conflict are intelligence and acquisition professionals. That suggests potential changes in how they are viewed and used.

The intelligence being provided by the United States to the Ukrainian government is extensive and, according to a Ukrainian official cited by the Washington Post, “very good.”

The Pentagon’s other primary contribution is more than $6.1B in hardware since February: mainly artillery, ammunition, vehicles, and machine guns. The acquisition community needs to recognize this role, honestly assess its performance to date, and investigate ways to improve in the future. In strategic terms, the DOD may need to rethink how it views acquisition’s contribution to international security—and ultimately shift the balance between long-term technology development activities and near-term support to operational units. The Pentagon should pay particular attention to the activities and outcomes it prioritizes for acquisition professionals, as well as its policies and training.

If acquisition success in 2022 means quickly delivering operational systems to a country like Ukraine, the DOD may need to recast its view of the acquisition profession as a whole, exploring new ways for it to organize and function. One potential model is the SOCOM Ghost program. Ghost is a “broadening opportunity for junior Army acquisition professionals to directly support SOF warfighters,” wrote one Army major who described how he and his colleagues “lead a rapid acquisition project that delivers tangible results to meet the needs of SOF operators.” This tighter collaboration between acquirers and operators leads to faster delivery, more agility, and is a better fit for the national-security needs posed by situations like the war in Ukraine.

Another example to follow is Kessel Run’s groundbreaking user agreement with Air Combat Command, which sets up a close relationship between developers and users that the rest of the acquisition community might want to mimic.

Third observation: the most helpful gear in this fight isn’t always American, because U.S.-made gear is often too hard to use. Initial reports indicate Ukrainian forces often find Western systems unfamiliar and harder to use, particularly when compared with more familiar Russian platforms. This does not mean the Pentagon should buy up a bunch of old Russian gear (and Chinese gear and Iranian gear, etc…) so we can give it to the next country that gets invaded by a hostile neighbor. Instead, perhaps the lesson is that American stuff is too hard to learn to use in the first place.

The acquisition community must place a greater emphasis on ease of use and work to reduce the amount of initial training needed for users to adopt new systems. Every program should include requirements for simple, intuitive user interfaces. The Pentagon should also to boost the acquisition workforce’s expertise in areas such as Human Centered Design and User Experience design.

Making American kit easier to use out of the box means it’s easier to provide to countries like Ukraine on short notice, when the need is immediate and time for training is limited. This also makes it easier for anyone—including American and allied operators—to adopt new capabilities. User would spend less time learning to navigate difficult procedures, and more time training actually employing the systems. This shift towards usability and reduced training requirements would thus have the added benefit of improving life for American warfighters and our allies as well. The good news here is that HCD and UX are well-established disciplines that could be more deeply incorporated into the acquisition process.

In fact, when military gear is designed with usability in mind, the results are promising. For example, “The Ukrainian military has gotten its troops trained on using the HIMARS remarkably quickly; they were deployed on the battlefield within weeks of their arrival,” Grid reported. Why is this advanced precision artillery system so easy to use? Because Army acquisition professionals worked hard to make it so. “We updated the user interface from a human factor standpoint as the software intuitively guides the Soldier through the conducted mission,” Amber Marsh, HIMARS software sustainment division chief, told an Army magazine. “We strive to make the interaction with the software as easy and intuitive as possible for the end user.”

HIMARS shows it can be done. The rest of the acquisition community would do well to follow suit.

And fourth, NATO has gotten stronger, bigger, and more prominent, and so too should be acquisition professionals’ engagement with allies. Secretary General Jens Stoltenberg describes the alliance’s response to the Russian invasion as “the biggest overhaul of our collective deterrence and defense since the Cold War,” an overhaul that includes plans to increase the number of troops at “high readiness” from 40,000 to 300,000. Breaking with their longstanding posture of neutrality, Sweden and Finland are on a fast track to join the alliance.

This should remind us all, including acquisition professionals, that the U.S. does not go to war alone. The DoD works alongside allies to bring several instruments of power to bear: diplomacy, intelligence, economics, and military force. It operates technical systems alongside partner nations, and thus must integrate military technology into a shared environment alongside our allies and coalition partners. That needs to happen in the design phase, not after delivery.

The defense acquisition community of today is too isolated from other nations. It needs to build closer connections with foreign partners—companies, technologists, strategists, operators, logisticians, and acquirers. The defense acquisition community would do well to partner with allies on everything from requirements, technical designs, and user interfaces to contracts, logistics, and test plans. Every aspect of acquisitions has potential implications in coalition operations, and the time to strengthen those bridges is now. One place to start is by establishing “an equivalent to the “Five Eyes” intelligence-alliance format for the industrial base,” as Bill Greenwalt suggested in a 2019 paper for the Atlantic Council, which also provides a thorough and thoughtful answer to the question “Why does the United States even need its allies in the national technology and industrial base?”

One place DoD should increase its participation is NATO’s new Defence Innovation Accelerator for the North Atlantic project—DIANA for short.The vision, as Stoltenberg puts it: “Working with the private sector and academia, Allies will ensure that we can harness the best of new technology for transatlantic security.” DIANA’s North American regional office is likely to be hosted in Canada. To date, the Pentagon’s involvement appears to be limited, even as NATO’s importance is rising. The acquisition community should make it a priority to join this effort.

Similarly, NATO members are launching a multinational “NATO Innovation Fund,” which aims to invest 1 billion euros in early-stage startups. The defense acquisition community should explore creative ways to be part of this effort, collaborating closely with the armed forces and industry partners of our NATO allies.

One final observation: this invasion happened. Conflict with a near-peer adversary (i.e. China) gets a lot of attention from strategists and planners, and many acquisition strategies and schedules are developed with such scenarios in mind. There is a certain logic to that approach, and the topic of China rightly deserves to be the center of attention.

However, the DOD’s preparations for such hypothetical conflicts should not crowd out real world conflicts like the one currently unfolding in Ukraine. Creative imagination is an important attribute for military leaders and planners, as we seek to prepare for—and deter—conflicts with highly capable adversaries. But such preparations should not overshadow present-day challenges to global stability and national security. The Defense Department needs to simultaneously prepare for an uncertain future and to address the present realities. The acquisition community should make a point to be a strategic contributor to both conversations.