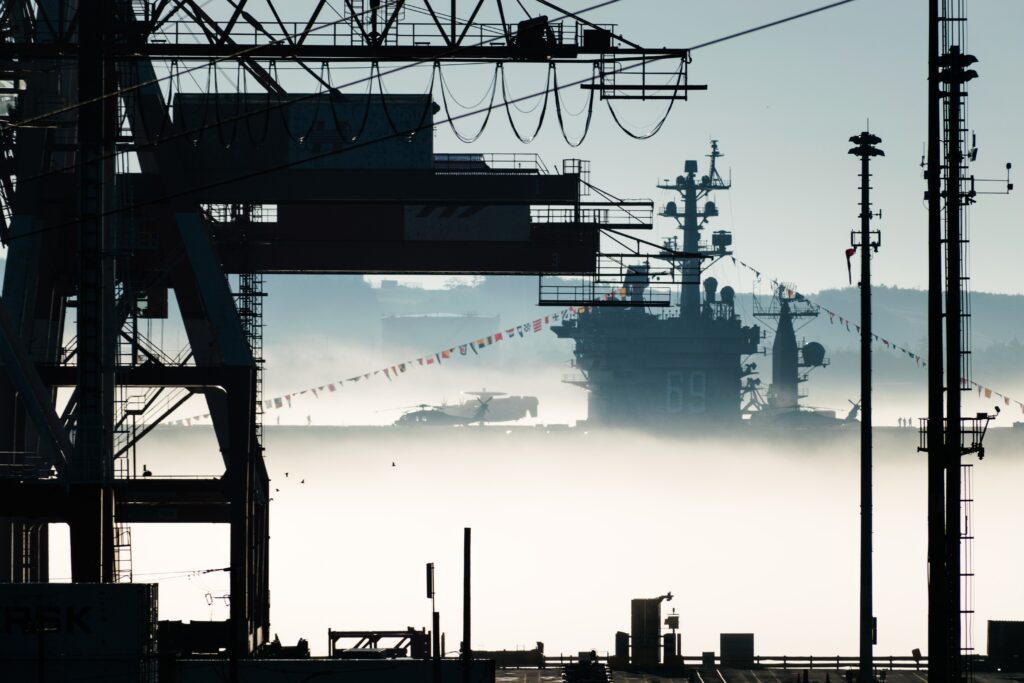 The war is exposing how European nations were underinvesting in defense, and the critical role that renewable energy will play in transatlantic security.

Even after Russian forces retreat from Ukraine, Western governments should expect higher defense budgets, and to continue to contribute to Ukraine’s defensive capabilities to ward off another Russian invasion, military and government officials said at the recent Halifax International Security Forum. They should also invest more in renewable energy to blunt the economic impact of using less Russian oil and gas.

“A critical part of ending the war and beginning reconstruction is ensuring that we are providing for Ukraine’s security going forward,” Coons said. “If you look back at the example of the American Revolution, we signed a peace treaty in 1783. But we were back at war with Great Britain in less than 20 years. Every Ukrainian you talk to expresses his concern that even if the fighting stops, even if they reach a ceasefire, even if they reach a peace treaty, they will be concerned about the prospects that Putin will restart the war … I think they deserve investments in their future defense capabilities.”

Trending
Ukraine is getting nervous about Elon Musk

One of the biggest lessons of the war, particularly for European NATO members, is that the military and security threat posed by autocratic governments like Russia—and China—is larger than what many were prepared for.

Belgium, Germany, Sweden, Romania, Italy, Poland, and Norway have all vowed to increase their defense spending since February. But for some of those countries, including Germany, that came after years of up and down spending and less stockpiling of things like artillery shells, ammunition, and rockets.

That’s why there is growing concern about getting Ukraine enough weapons to win the war, said Royal Netherlands Navy Adm. Rob Bauer, who leads NATO’s Military Committee. “This is about sort of going to a warlike economy in peacetime,” he said.

Bauer said NATO member states must budget more for weapons, both to replace their own stocks and to continue to support Ukraine. And Western leaders will have to have a frank discussion with their populations about the future costs of defense and security, he said.

“This is an effort of the whole nation, of all the nations, because it’s not just the minister of defense ordering more stuff [from] the industry. This is about having a discussion on how we ramp up production,” Bauer said.

The weak links in the arms supply chain aren’t just a result of low government spending, but also of social attitudes and bias on the part of financial institutions to invest in defense companies, he said. “The defense industry in Western Europe, and in my own nation [the Netherlands] there was a discussion…that it was not ethical to invest in the defense industry, and therefore large financial investment investment groups like pension funds, for example, did not invest in defense.”

But Bauer cautioned that fixing the problem will take more than handing money over to defense contractors.

“It’s an issue before the Ukraine war, because we wanted more security. That’s why we had the 2% discussion,” he said, referring to the 2006 pledge from NATO members to devote at least 2% of their individual GDPs to defense spending. “People started to order extra capabilities, extra ammunition. But the industry did not increase the production capacity in accordance with the budget, and therefore the prices went up.” He called this “ridiculous.”

But a wartime footing doesn’t just mean more defense spending. It also means investing in renewable energy to sap Russia of the leverage it gains by supplying the world with oil and gas.

Yuliya Kovaliv, Ukraine’s ambassador to Canada, said, “We are on the edge of this sixth package of European sanctions, banning Russian oil, and the price cap is under the discussion. It is important to deprive Russia from these huge revenues.”

“When Russia invaded into Ukraine…the first thing they actually destroyed in Ukraine is 90 percent of the wind farms and 50 percent of the solar farms very intentionally … understanding that we were moving to diversification of the energy,” she said.