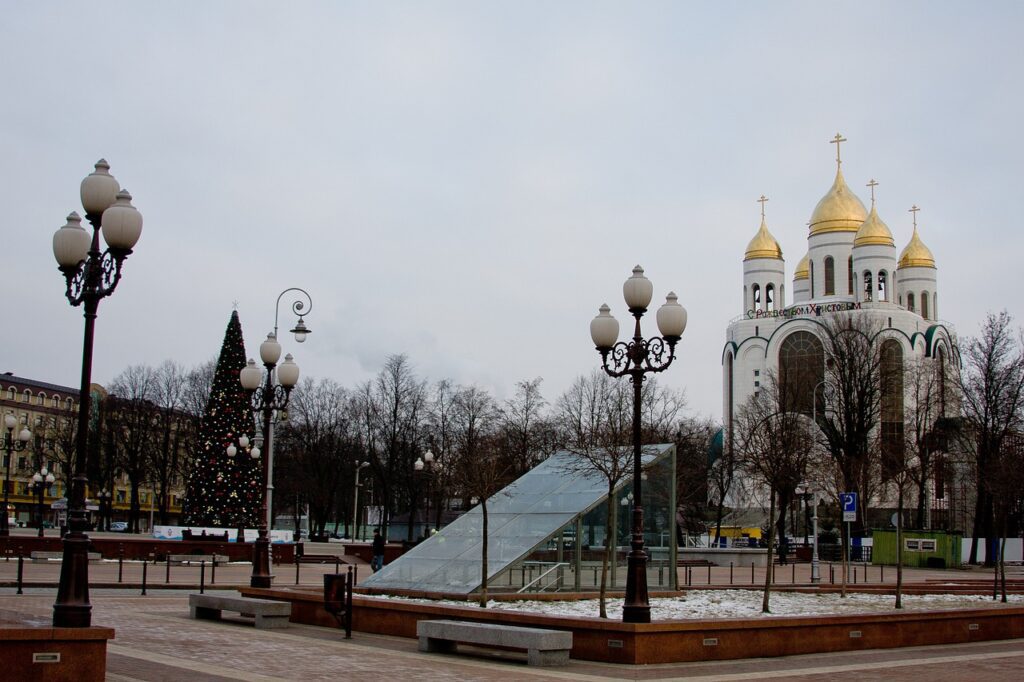 As Russia scrambles to prepare new draftees for its Ukrainian war, the governments of NATO’s Baltic states worry about the growing masses of Russian troops in training sites near their borders.

Just before Vladimir Putin issued his Sept. 21 “partial mobilization” order, a senior defense official from a Baltic nation expressed concern that many thousands of unskilled troops fed on the Kremlin’s anti-NATO rhetoric would increase the chance of accidents, rogue attacks, or other dangerous events. If the training “is coupled with the narrative of warmongering and increased threats, it’s going to be a problem, especially for us because the training areas in the Western military district are close to our borders,” said the official, who asked for anonymity. “Imagine hundreds of thousands training 70 kilometers from a NATO border with the narrative that NATO needs to be destroyed.”

That’s one reason why Lithuanian defense minister Arvydas Anusauskas announced on Wednesday that his country would raise its military readiness. “Since Russia’s military mobilization will also be carried out in the Kaliningrad region, in our neighborhood, Lithuania cannot just watch,” Anusauskas said.

Kaliningrad is a Russian exclave between Poland and Lithuania on the Baltic coast. Russian defense officials confirmed on Thursday that newly mobilized draftees were being trained there. But the Russian military presence elsewhere in northern Europe is down as units are sent to the war in Ukraine, Foreign Policy reported Wednesday.

“Of an original estimated 30,000 Russian troops that once faced the Baltic countries and southern Finland, as many as 80% of them have been diverted to Ukraine, according to three senior European defense officials in the region, leaving Russia with only a skeleton crew in what was once its densest concentration of military force facing NATO territory,” wrote FP’s Robbie Gramer and Jack Detsch. The unnamed Baltic defense official noted that Putin still has non-nuclear options for escalating the war—for example, by “destroying the electricity grid in Ukraine, in its totality, maybe nuclear power plants…So the situation is not getting better in the upcoming months, it’s getting worse,” he said.

Estonian Ministry of Defence Permanent Secretary Kusti Salm told Defense One via email that Russia’s mobilization was “yet another escalatory step (with several more still up their sleeve) and solid proof of Russia’s unchanged objectives. The only way to prevent a Ukrainian scenario on NATO’s soil is to make it unmistakably evident that any aggression against NATO would be a dead-end attempt with no chance of success. This is an urgent task.”

Salm said that NATO must quickly implement recently-announced plans to bolster its Eastern flank. He said alliance leaders should aim for tangible progress in the form of plans, concepts and exercises by next year’s summit in Vilnius, Lithuania. “Our priority is establishing a divisional-level structure in Estonia with our contributing allies. In addition to adding the elements required to reach that level (prepositioned equipment, ammunition, enhanced command and control), this structure needs to be reflected in NATO’s planning as well as in regular exercises. These would credibly demonstrate NATO’s capacity to reinforce and defend forward,” Salm said.

“The response of the Baltic States is clear: more and faster support to Ukraine. Ukraine must win this war, and Putin must lose. We need to raise the cost of aggression – militarily, politically, economically – enough to make Russia change its calculation. It is equally important that allies increase defense budgets and enhance procurements; only then will the defense industry boost production and supply, not vice versa,” he said.